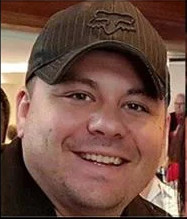 Charges
On July 5, 2016, Alton Sterling, was shot and killed by two Baton Rouge Police Department officers in Baton Rouge, Louisiana. The officers, who were attempting to control Sterling's arms, shot Sterling while Sterling allegedly reached for the loaded handgun in his pants pocket. Police were responding to a report that Sterling was selling CDs and that he had used a gun to threaten a man outside a convenience store. The owner of the store where the shooting occurred said that Sterling "not the one causing trouble" during the situation that led to the police being called. The shooting was recorded by multiple bystanders.

The shooting led to protests in Baton Rouge and a request for a civil rights investigation by the U.S. Department of Justice. In May 2017 they decided not to file criminal charges against the police officers involved. In response, Louisiana's attorney general, Jeff Landry, said the state of Louisiana would open an investigation into the shooting once the Department of Justice released the physical evidence. In March 2018, Landry's office announced it would not bring charges against the officers[9] stating that they acted in a "reasonable and justifiable manner".

In February 2021 the East Baton Rouge Metro Council approved a $4.5 million settlement for the family of Alton Sterling to settle a wrongful death suit.


Congradulations Blane and all of the Baton Rouge Police Department!