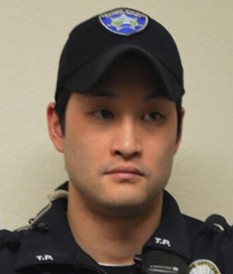 Charges
Multiple Tacoma officers charged with felonies in the killing of Manuel Ellis. Attorney General Bob Ferguson, who took over the case after a botched local investigation, announced Thursday that officer Timothy Rankine, 32, is charged with first-degree manslaughter.

The charges in Pierce County Superior Court portray the officers as instigating an unnecessary, violent confrontation on a South Tacoma street with Ellis, a 33 year-old man, on March 3, 2020, and callously ignoring Ellis’ dying plea of “Can’t breathe, sir!”

Rankine used excessive force by leaning on Ellis’ back and holding him facedown, instead of rolling him to his side to breathe more easily, as required by Tacoma’s de-escalation policy. Rankine acknowledged in his statement to investigators that a paramedic expressed concern that Ellis was “gonna code” unless he got an IV, and asked Rankine to uncuff Ellis. Rankine told the paramedic that he did not want to uncuff Ellis “in case he starts fighting again,” charging documents said. A policing expert who reviewed the case for the AG determined “Ellis posed no threat after he was hogtied,” particularly with 20 officers then on the scene.


Congradulations Timothy and all of the Tacoma Police Department!