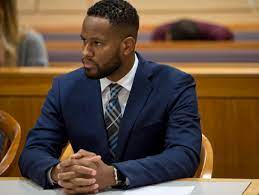 Charges
Court documents in the state’s case against Pettus say that on the night of Sept. 30, 2019, Pettus and another officer went to the home of a 49-year-old bicyclist to deliver citations from an earlier encounter that the man had recorded on his phone. After he received the citations, the man taunted the officers and followed them down his driveway to the sidewalk, according to charging documents.


Congradulations Cornelius and all of the Anchorage Police Department!