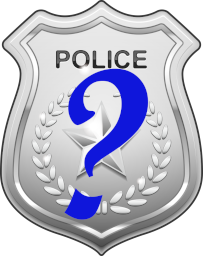 Charges
In the early morning hours of August 5, 1994, a woman motorist was stopped by Officer Parent, who asked her whether she had been drinking. She acknowledged she had been drinking, and he put her in the back seat of his squad car and told her she was under arrest for driving under the influence.

He then stood over her, with his waist at her eye level, and asked her if she could think of anything she could do to avoid being arrested. She did not respond, so he tried again, this time warning her that the arrest would cost her $1,500 and three days in jail. Then he said, "You mean a pretty girl like you doesn't know what to do?" while stroking her arm.

He started fondling one of her breasts, then took her to a more remote area. She began crying. He reportedly forced her to have oral sex with him, and he told her this was better than going to jail and having some woman have her way with her. He also let her know there was no record of his having pulled her over. Indeed, there was no record, but his notes contained her phone number and address, and his clothing tested positive for sperm.

After the incident was reported, investigators reportedly found several complaints about Parent involving inappropriate sexual conduct while on duty, even though he had only been on the force for a year and a half prior to the August 1994 case; he was accused of a sexual incident during his probationary period on the force, when dismissals of officers who commit abuses are much easier, but was not dismissed.

In learning about Parent's behavior, Mayor Sharon Sayles Belton stated "as a woman who lives in the city of Minneapolis, I am horrified." She wanted Parent fired immediately, but the county prosecutor convinced her to hold off until the criminal proceedings were completed. In April 1995, Parent was convicted in state court on kidnaping and rape charges and sentenced to four years in prison.