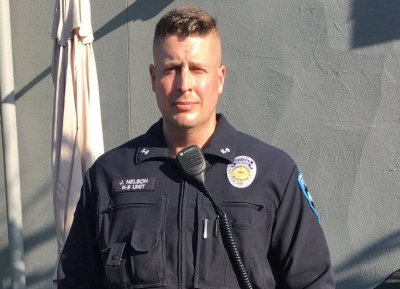 Charges
Officer Jeffrey Nelson was charged last year with second-degree murder and first-degree assault in the shooting death of Jesse Sarey, 26, on May 31, 2019.

Nelson had responded to reports that a man was throwing garbage, banging on store windows and kicking vehicles in a shopping area in Auburn, a city of about 70,000, about 28 miles (45 kilometers) south of Seattle.

Nelson confronted Sarey outside a grocery story and told him he was under arrest for disorderly conduct. After Sarey failed to comply with Nelson's orders, the officer put his hands on Sarey's shoulders and began a physical arrest.

At one point, Nelson is seen in surveillance video from nearby businesses punching Sarey seven times in the head and upper body before pulling out his firearm and shooting Sarey in the torso. He fell back on the pavement and Nelson aimed his gun again. When it jammed, the video shows him clearing the round, racking another bullet and firing a second shot into Sarey's forehead.


Congradulations Jeffrey and all of the Auburn Police Department!