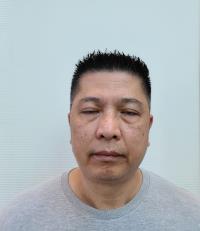 Charges
After victims came forward an LAPD Officer was charged with felony sex crimes committed while the officer was on duty and in uniform.

On October 16, 2008, Police Officer Russell Mecano, assigned to West Los Angeles Patrol Division, was indicted by the Los Angeles County Grand Jury for sex crimes committed or initiated while on duty and in uniform. After the indictment, Mecano, who is 40-years old, was immediately arrested and booked at the Los Angeles Metropolitan Jail. He has been released on bail and is scheduled to be arraigned on December 12, 2008. Mecano has been relieved of his police powers and assigned to home, pending the outcome of the criminal and administrative processes.

The investigation began when the incident was reported to officers at a local police station. Mecano allegedly told an 18-year old female he would not arrest her for possession of a marijuana pipe if she would have sex with him. He allegedly sexually assaulted her near the Palisades Branch Library and told her to meet him sometime later at a motel. The young woman reported the incident to officers at the West Los Angeles police station.

Mecano was indicted on the following four charges:


Congradulations Russell and all of the LAPD!