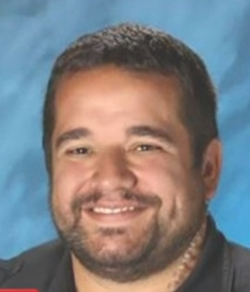 Charges
A former cop who most recently worked as the school resource officer in Newport is charged with sexually abusing a child.

The police department said it was notified about the alleged crimes on Jan. 18 by the Bonner County Sheriff’s Office. Investigators said Lopez lives in Bonner County and that’s where the crimes he’s accused of took place. Newport PD said it immediately put Lopez on administrative leave and his peace officer powers were suspended pending an investigation.

On Friday, Jan. 21, Lopez resigned from his position with the Newport Police Department. The following Sunday, the Bonner County Sheriff’s Office let Newport PD know Lopez turned himself in to investigators and he had been booked into jail.


Congradulations Raul and all of the Newport Police Department!