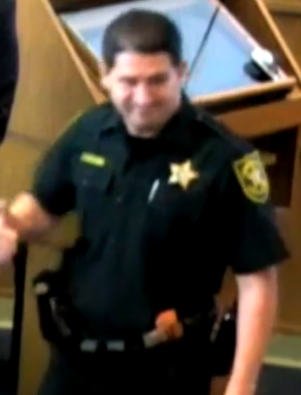 Incident #1
On July 18, 2015, Mike Gelin pulled out his cellphone and recorded three minutes of video of uniformed Broward Sheriff’s deputies standing over a battery victim laying on the ground on Commercial Boulevard. Two men in civilian clothes were on the ground tending to the victim. At some point one of the deputy’s noticed Gelin recording and told him to stop and move back.

The cellphone stops recording a short time later. Court records show Gallardo arrested Gelin and charged him with obstructing without violence. But prosecutors declined to pursue charges saying the video evidence did not support a likely conviction. In the police report from the arrest, Deputy Gallardo wrote “I advised him he could continue to record but that he would have to move back behind the bushes…” But on the video released to CBS4 you never hear the deputy say that. You do, however, hear a deputy tell Gelin to turn off his cellphone.

Congradulations Joshua and all of the Broward Sheriff's Office!