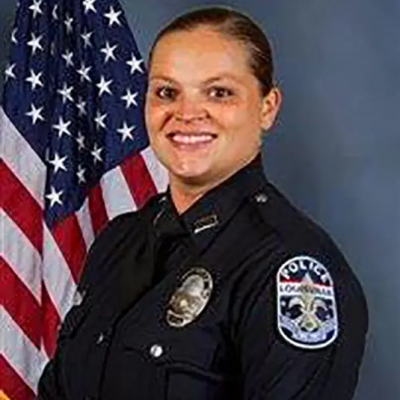 Charges
The grand jury indicted Katie R. Crews, 29, of Jeffersonville, Ind., accusing her of violating an individual’s rights while acting as an officer of the Louisville Metro Police Department, according to a statement from the United States Department of Justice.

Katie R. Crews, a former police officer in Louisville, has been charged with using ureasonable force.Credit... Ms. Crews fired a pepper ball “at an individual, while the individual was standing on private property and not posing a threat to the defendant or others,” the statement said. If convicted, Ms. Crews faces up to 10 years in prison, prosecutors said.

Efforts to reach Ms. Crews were not immediately successful.

In a statement last May, Thomas B. Wine, the Jefferson County commonwealth’s attorney, described the brief, confusing and fatal moments around midnight on May 31, 2020, when the police and National Guard members descended on the predominantly Black West End neighborhood to enforce Louisville’s curfew.

On May 31, the Louisville Metro Police Department sent officers and National Guard members to the intersection of 26th Street and West Broadway, to clear people from the parking lot of Dino’s Food Market. Across the street, Mr. McAtee’s shop was still serving customers; some people in the crowd walked over.

“There was no evidence that the crowd was engaged in any type of protest or destructive behavior,” Mr. Wine said.

Ms. Crews fired several pepper balls toward where Mr. McAtee’s niece, Machelle McAtee, was standing under a blue canopy outside YaYa’s. She and several others sought shelter inside, Mr. Wine said in the statement.

One of the balls — which may not have been distinguishable at the time from other ammunition — hit a bottle on an outdoor table, according to bystander video analyzed by the visual investigations team of The New York Times. Another pepper ball, it said, came close to hitting Mr. McAtee’s niece in the head.

That’s when Mr. McAtee pointed a gun out a door and fired one shot, before stepping back inside and then re-emerging to fire a second shot, Mr. Wine said.


Congradulations Katie and all of the Louisville Metro Police Department!