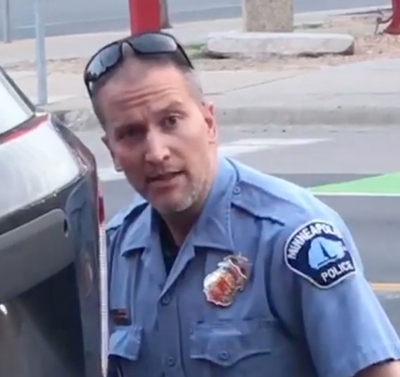 Incidents This Minneapolis Police Officer is Famous for the killing of George Floyd, but is listed for more than just that reason. This is our first member of our REALLY Bad Officers catagory.

Charges Chauvin had 18 complaints on his official record, two of which ended in discipline, including official letters of reprimand. Chauvin was among officers responding to a complaint by the mother of two young children. Videos from the scene were said to show Chauvin hitting a 14-year-old black boy in the head with a flashlight so hard he required stitches, then holding him down with his knee for nearly 17 minutes, ignoring the boy's complaints that he could not breathe.


Congradulations Derek and all of the Minneapolis Police Department!